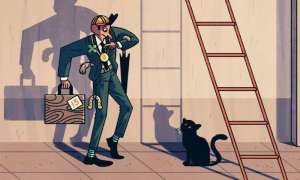 UNESCO has declared 10th November as ‘World Science Day’ with a goal of highlighting the importance of science in society and engaging the wider public in discussing contemporary issues related to science. The Indian Constitution has included the development of Scientific Temper as a fundamental duty of every citizen.

Today, after so many years since the establishment of our Constitution and despite the enormous increase in educational facilities in India, the burning question remains, “have we really developed a scientific outlook in our daily lives?” The answer is definitely a NO. Why am I being so certain in my answer, you ask? Think about it… almost all of us get really freaked out if a black cat cuts our path while on our way to work. To top it, if you have an important meeting scheduled, you will be almost certain that it won’t go as planned.

This is just one of the many superstitions that we are conditioned to believe in, probably, from the day we are born! There might have been a reason as to why our forefathers held a strong belief in them, but today, with the advancement of science, these beliefs just sound ridiculous and make absolutely no sense. Moreover, these beliefs stand as a major hurdle in the completion of our day-to-day activities. Considering the previous example, just the thought that the meeting won’t go as planned will hamper your performance, actually leading to a bad meeting. This acts as a reinforcer, strengthening your belief in that superstition. Given a careful consideration, you will realize that it wasn’t the cat but you who were actually responsible for the failed meeting.

Superstitions act as an external locus of control, making them a very reliable source to blame, rather than acknowledging our own mistakes. Evidently, this hampers the development of the individual as well as the society. Thus, it becomes extremely important to develop a scientific temper and knowing where to draw the line between logic and belief.

The first step towards having a scientific outlook is to develop skepticism, i.e. inculcating the habit of questioning things, making sense of it, and then deciding if it is a reliable piece of information instead of blindly accepting it as a fact. It also requires you to have an open mind and welcome constructive criticisms and suggestions, thinking of it as a scope for development, accepting them and working on them. An essential tool for a scientific mindset is to accept the fact that there are infinite perspectives to any given situation and every individual is free to accept the one that aligns with his/her line of thought. Forcing your opinions on others or accepting others’ opinions just to be a part of the majority should never be an option.

‘Scientific thought and its creation is the common and shared heritage of mankind.’ This World Science Day, let’s make a pledge to live by these words of Abdus Salam, a famous theoretical physicist, and start by taking small baby steps towards inculcating scientific temper in our daily life.

This weekend was a surreal experience, when participants (complete strangers to each other) from various walks of life got together to take this two day journey of self-love!
And we are all set for our fifth workshop! A workshop that has transformed millions of Lives globally - Love Yourself, Heal Your Life! So excited to witness the journeys of our newest set of participants over the weekend!
We usually attend trainings and workshops that help us hone skills and upgrade ourselves, but if you had a chance to attend a workshop that forms the basis of all your limiting beliefs and patterns, and teaches you the secret of rewriting your life the way you desire, such that amazing work, relationships and health automatically come flowing into your life, would you not want to grab the opportunity?! This one is a sureshot "Do-not-miss!" Participants across 72 countries vouch for it! Attend it and see the transformation for yourself.
Do you follow a morning ritual? Morning is usually a good time to reflect, introspect, spend some time in silence, understand how you feel, exercise - basically pay attention to your body, mind and spirit! It helps to have a morning ritual because it sets the tone for your day! You do not have to necessarily wake up at five in the morning to have your morning ritual. You could just plan in a way that as soon as you wake up, you can factor in anywhere between five minutes to half an hour, so that your day doesn’t feel rushed and stressed.
“Love Yourself, Heal You Life”… these words are so self-explanatory yet so profound and deep! When someone asks me what exactly happens after attending the workshop, I do have a plethora of things to say.. and really, it is up to you - what you want for yourself will happen! Here’s how the workshop has changed the lives of these participants! ❤️
So happy to be featured in today’s #timesofindia in the #talkitout section. #sundaytimes #mentalhealthqueries #mentalhealthanswers #mentalhealthquestions #refindyou #resolvetoevolve #addictionquestions #relationshipquestions